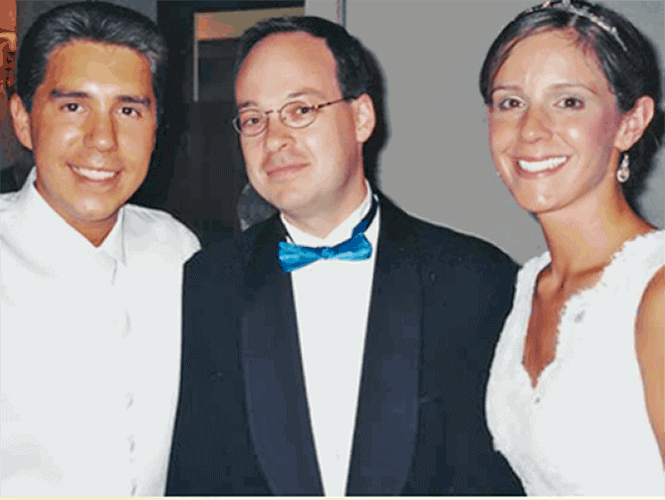 ⦿ A native of St. Louis, Aaron Topfer has been performing memorable piano compositions since the age of six.  Aaron is a graduate of both the renown Jacobs School of Music at Indiana University (1995) and Boston's elite New England Conservatory of Music (1997).  He has studied one-on-one, with some of today's leading performing musical artists.  These include members of the Beaux Arts Trio, the Boston Baroque Orchestra, the Wynton Marsalis Orchestra, and the Harry Connick Jr. Orchestra.  This background of intensive, diversified study has allowed Aaron to offer a truly exceptional performance level combined with the ability to appeal to a very wide variety of musical tastes & preferences.

⦿ Aaron is professionally-trained in Music Recording Technology and has produced all of his available Piano & Instrumental recordings.  He is co-creator of WeddingMusicPlanning.net, a Comprehensive Blog for brides wanting to plan the Best in Wedding Music.  Aaron has also recently created a Youtube Channel offering extensive recordings of Traditional Wedding Music Ceremony music, all performed by Aaron on Piano, Organ, and with Violin & Cello.  He is also Co-Creator of GreatestGoodMusic.org which is dedicated to Creating Music, Music Videos, and Photography to Fund Organizations that Champion Animal Welfare, Public Health, & Environmental Health.